Troy Turriate is a Musician, Sound Artist and Composer. Drawing on over 14 years of experience, his work spans everything from rock bands, to classical and experimental live electronics. Nearly all of Troy's work contains a "live" element (not in the Ableton sense). Each piece has some sort of physical performance. Troy would never hit the road with just a laptop and a midi controller. Since his roots are in performance, twisting midi knobs alone does not cut it. Whether clanging metal or jury rigging analog electronics, a live element will always be present.

Troy started his first band at 15. He began formal study of classical guitar and voice at the Blake High School for Performing Arts in Tampa. He continued his studies in Classical Voice at the University of South Florida. Eventually, Troy embraced his passion for experimentation and transferred to the SYCOM program for Electronic Music and Composition. Prior to this, he was already performing in his experimental electronics and noise project, PAIRS. Once he entered the SYCOM program, his passion for sound art and design was fully realized. There, he manually patched vintage Moog and Emu modulars, recorded in analog and digital formats and learned numerous DAW's and physical studios environments.

All the while Troy never stopped performing. Even during his classical studies, he utilized his dynamic performance style in a myriad of settings. He has professional experience playing guitar, bass, drums and live electronics. He has recorded in studios for both personal and commercial projects, filling roles as needed. His ensemble experience ranges from independent rock bands, chamber music, leading roles in fully staged Operas, and live electronic performance.

Troy was able to tour the East Coast with PAIRS and other noiserock groups. He curently plays drums in the 2 piece noiserock group Severe Seed. He utilizes a trigger system on a drumset which runs through analog electronics and manipulated in real time during performance. Troy perfomed during the premier of, "The Secret Life of Hal McGee" in a live experimental ensemble which accompanied the film. He previously drummed for rock band The Golden Vanity which recorded a full length at Morrisound Studios in Tampa. They also recorded an EP with studio time won during a live Battle of the Bands. Troy has toured Eastern Europe with the USF Chamber Singers who placed first at "In Terra Pax," an International Choral Festival in Miedzyzdroje, Poland. He was a featured soloist on this tour.

Troy is currently apprenticing at studios and post production houses in Tampa. He also collaborates with 3D artists and independent game developers. His training and cumulative experience drive him towards his career in sound design for film and gaming. He continues to improve the scope and quality of his work. He currently uses Sound Forge, Pro Tools, Audition 3, a Sony PCM-M10 and a slew of other mics and plugins for design and recording. He creates ambient electronic music in Ableton Live and tracks Chiptunes (8-bit music) for fun. He puts out his releases and production work under the moniker El Sastre. 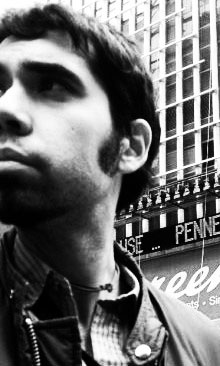